I’ll never forget the day I translated my first Brazilian song into English.

In one of my first Portuguese classes, the professor assigned the task of choosing a Brazilian song, translating it, and presenting it to the class.

I ran home and spent hours on YouTube in search for the perfect Brazilian song. With the help of the Brazilian gods and modern technology, I found it: Desafinado.

Now a bossa nova classic, Desafinado was originally written and composed by Tom Jobim and Newton Mendonça and was later made famous by João Gilberto. 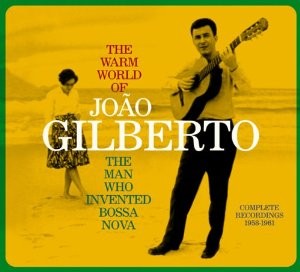 Its lyrics are personal yet universal. Its melody is melancholic but hopeful. The song possesses an intimacy as if João is speaking directly to the listener.

The translation process was tedious, but I adored every second of it. I listened to the song repeatedly, mulling over its meaning. I played with words, constantly tweaking and replacing. In the end, I felt a tremendous connection with a song written over 50 years ago in a faraway land, in a language not my own. From that point forward, I knew Brazilian music would forever be part of my life.

“No fundo do peito bate calado

Deep inside the chest, softly beating

In the chest of the out-of-tune

A heart beats as well.”

Desafinado not only defines and champions the movement of Bossa Nova, but also pays homage to the restless, the unrequited, os desafinados: the out-of-tune.

Jobim craftily conveys this sentiment while employing odd chord progressions and phrasings that make the song seem slightly out of tune, thematically tying the music and lyrics into one.

“Actually it’s not an off-key song. It’s crooked on purpose. It’s tilted. It could be a very square song, except for the endings of the musical phrases that go down unexpectedly. It criticizes experts. The guy next door, he’s off-key but he’s in love with this girl, and he can say that to her because loving is more important than being in tune. Some people are always in tune, but they don’t love anybody.”

It is one of those songs that only gets sweeter with time. I’ve listened to it on and off for the better part of the last two years and still can’t get enough.

Improve Your Portuguese With Bossa Nova

Bossa Nova is particularly well suited for the Portuguese learner because of the intimacy of the singer’s voice. You can hear the articulation of vowels, the separation of sounds, much like you would in everyday speech. Paying close attention to the sounds and pronunciation of Bossa Nova songs will drastically improve your Portuguese.

I hope you enjoy Desafinado as much I do and always stay ever so slightly out of tune.

The Best Introduction to Brazilian Music

What Is That Brazilian Sound You Can’t Quite Place?

Foster first came to Brazil by the way of a graduate school program. He quickly fell for the country, its culture, and its people. He’s is back for round two of the Rio Experience, this time he is documenting his journey on the site. Follow him on Instagram and Twitter.