There’s this phenomenon on Youtube called tagging, where someone makes a video about a specific topic then calls out other Youtubers to do the same.

I was recently tagged by Elen Fernandes of Experts School Online to make a video about 5 quotes in Portuguese. Well it was supposed to be 5 quotes in English but since this site is more for people learning Portuguese I changed things up.

At the end of the video I tagged Chad Fishwick of Real Life Global and Gabby Wallace of Go Natural English,

Watch the video or read below to see what quotes I picked.

Ok so maybe the authors of these quotes aren’t Brazilian but they’re still useful quotes for anyone living in Brazil. 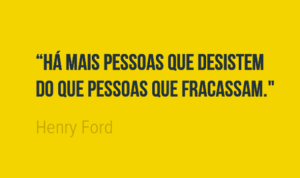 There are more people who give up than those who fail.

The only way to fail at learning a language is to stop trying. To stop practicing, to stop opening your mouth and speaking with people in that language.

There’s also a lot of foreigners who give up on their plans in Brazil. A lot of people try to start a business or some kind of venture to help Brazil but they give up because they don’t give it enough time. It takes a long time to do anything in Brazil and if you give up to early you won’t be successful. 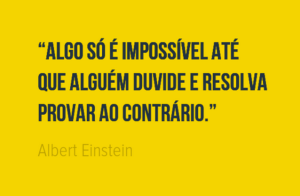 Something is only impossible until someone thinks otherwise and sets out to prove it.

There are a lot of things that need to be done but everybody thinks they are impossible, so nobody tries to do them.

Nobody wants to see their friends fail, and people will often encourage you not to try to risk you the embarrassment of failing. Brazil is a country with strong social ties, so people always talk about what they’re going to do with their friends and let them talk them out of their wild ideas. 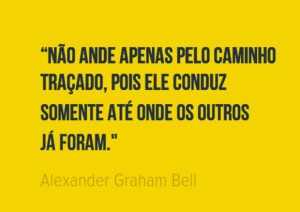 Don’t just walk down the paved path, for it will only lead to where others have gone.

If we take a cynical view, we could say that the paved path has lead Brazil to misery, corruption, violence and inefficiency. If we want to want abundance, happiness and efficiency we need to go down a different path. 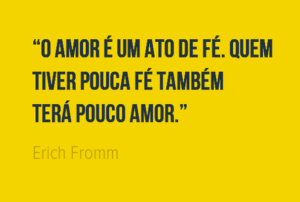 Love is an act of faith. He who has little faith will have little love.

A lot of Brazilians love their country but they don’t have much faith in their countrymen. If you really love your country then you have to have faith that your people can change and be better than they were yesterday. 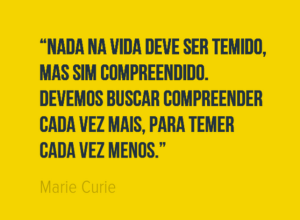 Nothing in life should be feared, but instead understood. We should seek to understand more and more so that we can fear less and less.

This goes back to education. If you want to proceed boldly in the face of uncertainty you need to understand what it is that you’re facing.

Most schools do a terrible job of preparing their students for the challenges they face in the real world. If you want to stray off the paved path you need to get an education on what the world is really like.

What is your favorite quote?