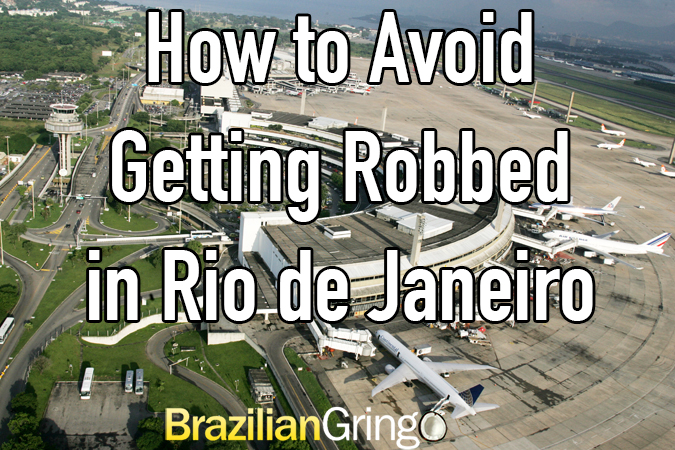 If you’re traveling to Rio de Janeiro in the near future there are two things you should know about in order to not get robbed.

I feel compelled to write this post because there two places in Rio de Janeiro where foreigners consistently get ripped off, and the best way to prevent this from happening is to know about the risks in advance.

Don’t use the ATM’s at the Airport

Under no circumstances should you use the HSBC ATM at the Galeao Airport. That ATM is known to be fraudulent and numerous people have reported having their debit card information stolen and used to make sizeable withdrawls.

I recently met a girl who used the HSBC ATM at the airport and later had $4000 stolen. She had to spend the better part of two days on the phone with her bank in the UK and eventually was able to resolve the situation. Still, this is not what you would expect from one of the world’s busiest airports. Even more discomforting is that this scam has been going on since at least 2011.

Read more about this scam on Rio Gringa.

Don’t Bring Valuables out to Lapa at Night

Lapa is a great place to go out drinking on the weekends, randomly run into friends and meet new people. Even though the streets are no longer blocked off on the weekends, it is still one of the most popular places to go out on the weekends. For this reason it is an attractive place for pickpockets to perform their craft.

Whenever a foreigner tells me they got robbed in Rio, I ask them if it was in Lapa at night and the answer is always yes. Theives take advantage of the crowds to make off with cell phones and wallets from unsuspecting victims who only realize later that they were robbed.

The best way to avoid this is to leave your valuables at home when you go out to Lapa, dont bring any more money than you are comfortable losing and to be aware of your surroundings.

These are two instances of Rio de Janeiro being an unfriendly place for tourists, and while there could probably be more things added to this list, for the most part Rio is a safe place to live and visit.