You know that speaking Portuguese is essential for having a successful life in Brazil.

If you’re not yet living in Brazil it might be difficult to conceptualize just how important it is to speak Portuguese. Especially if you’ve never lived in a foreign country before, you might take for granted all of the little situations whereby you can effortlessly communicate with people throughout the day.

To help motivate you, we’ve come up with a list of 101 reasons why you should learn Brazilian Portuguese.

Even if you’re already in Brazil and speak some Portuguese, some of the items on this list will remind you that there’s always something more to learn.

You should learn Portuguese so that you can…

These are just a few reasons we came up with real quick for why you should learn Portuguese. It’s important for your success as a language learner that you come up with your own reasons for why you want to learn. Share one or two of them down below with us in the comments.

If you’re ready to get serious about learning Portuguese, find out why Semantica will teach you Brazilian Portuguese more effectively than any other course out there. 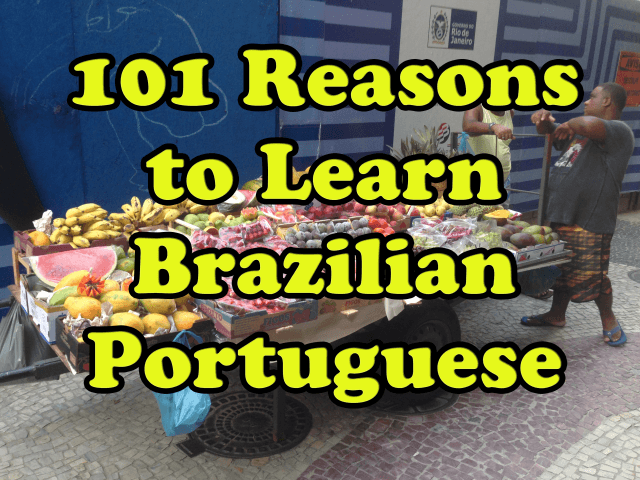 Who else wants to get fluent in Portuguese?

Review of The Mimic Method’s Flow of Portuguese Course