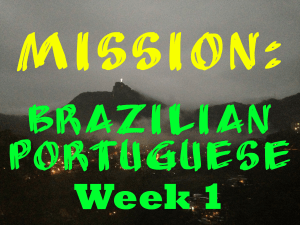 A week ago I announced my mission to achieve Portuguese proficiency as close to that of a native speaker as possible in 3 months. In this post I’m going to talk about what I’ve done in the first week to reach that goal.

When I announced my mission I stated that I want to improve a few specific areas of my Portuguese. I want to master Portuguese grammar, improve my vocabulary, increase cultural fluency and achieve a native like accent.

One thing I didn’t really make clear is from which region in Brazil I intend to model my accent after. First I intend to clean up my pronunciation to adopt a general Brazilian accent. Once I’ve done that I’ll start with a Mineiro accent, then a Carioca accent, then a Paulistano accent. My intention is to gain proficiency in several local dialects of Brazilian Portuguese so that I can travel freely throughout Brazil and leave people wondering where I’m from.

I spent most of my study time this week working on pronunciation and with grammar as a secondary focus. In the rest of the post I’ll explain my process and what I’ve learned so far. 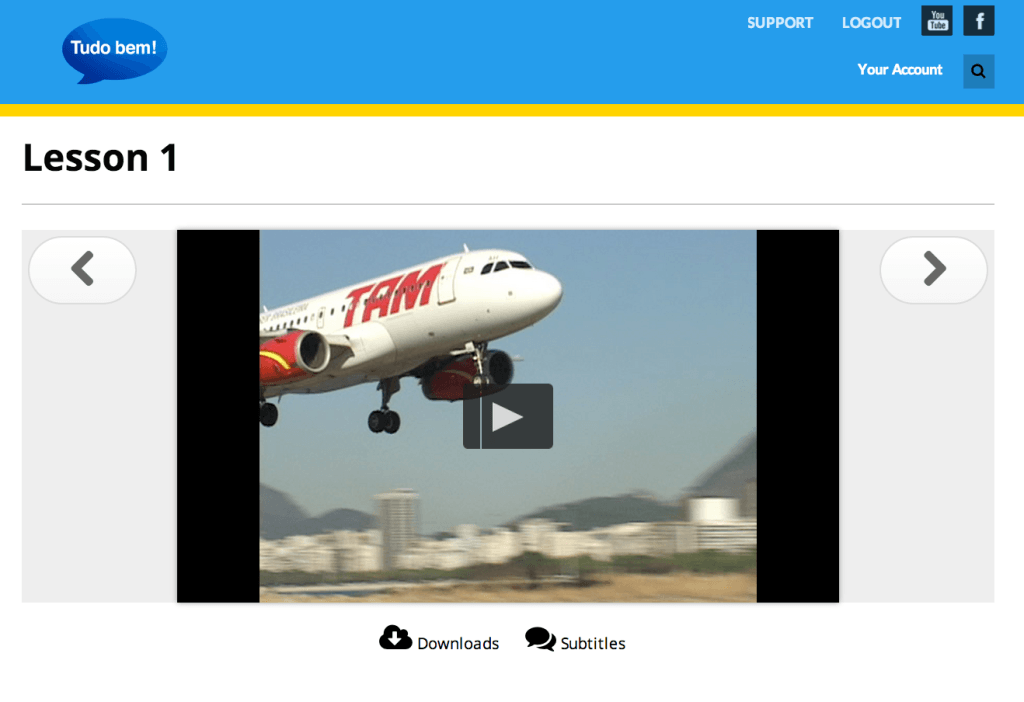 A common objection that people have to learning a language is that they don’t have any time to study. People who make this excuse are generally looking at adding an hour of Portuguese studying on top of their already busy schedule. Scheduling study time on top of an already busy schedule is not the best approach to time management.

Instead you should focus on replacing your current habits with activities that will get you closer to your Portuguese goals. Instead of watching TV, watch Semantica. Instead of listening to the radio, listen to Portuguese Pod or Brazilian music or Pimsleur. Instead of playing video games play Duolingo.

Before starting this mission I wasn’t spending any time studying Portuguese. I speak Portuguese every day, and I read a lot of websites in Portuguese, but I didn’t have any time set aside specifically for studying. Occasionally I might ask for a hint from a Brazilian friend, or write down an interesting word or phrase to remember later, but that was it.

To start this week off I looked at how I had recently been spending my time in search of habits that I might replace with Portuguese learning. Normally one of the first things I do in the morning is read a book for about a half hour. Instead of doing that this week, I spent about a half hour doing sound training exercises with Mimic Method.

Each lesson in the Mimic Method breaks down the lyrics of a song to their individual sounds. First you learn the rhythm of the song, then you train your mouth to make the individual sounds of the lyrics, then you put them together into words, then you sing at reduced speed, then you record yourself singing at full speed and send to Idahosa to correct. Each lesson takes about a half hour to an hour.

So far these exercises are doing wonders for my pronunciation. Its helped me to recognize errors that I habitually make and correct them before they happen. The biggest improvement has been with words with nasal sounds like tenho, sempre, samba. I’m still working on lh sounds which are proving to be the most difficult to master.

For an absolute beginner, the Mimic Method would be a really hard course to stick with, but if you can manage to work your way through all of the lessons you’ll have flawless pronunciation in a relatively short amount of time. For someone who already speaks Portuguese its easier to work through since you’ll recognize a lot of the sounds.

Another habit I changed was I started making videos in Portuguese giving tips about learning English. I had the habit of recording videos in English until my video editor left the country. For this mission I decided to resurrect that habit and use it as a tool to improve my Portuguese while growing my Brazilian viewership.

The great thing about recording yourself talking in a foreign language is that you can hear yourself talk and pinpoint your mistakes. During the editing phase of these videos I always find something that I can improve upon, whether it be a mispronounced word, a poorly worded sentence, too much hesitation, etc. Knowing that people are going to be watching my videos looking for mistakes gives me an extra reason to improve and not make mistakes.

In case you missed them here they are:

Most of the comments on the videos I post are positive, and quite a few people have offered suggestions for how to improve. Its nice when people point out things that I might not have known I was doing wrong.

I’m going to experiment with different styles of videos and will probably make some videos in English as well to make sure that I don’t alienate my current viewership.

I spent a grand total of one hour going through a grammar book this week. I learned a few things about articles in Portuguese, like that words with Greek roots that end in a are masculine, like o clima.

One thing I found interested was that the female version of rapaz is rapariga. I learned a different definition of this word, so this was a surprise to me.

As I was going through some of the examples in the book I kept saying to myself, “Nobody says that!” The grammar taught in the book is very formal and I never hear Brazilians talking the way described in the book. It doesn’t help that I was reading through a book that covers both European and Brazilian Portuguese.

While I liked the format of the book, I’m not going to keep using it because I find myself questioning it too much. I need to study with a book that is only about Brazilian grammar. This week I’ll look for a grammar book about Brazilian Portuguese that’s written in Portuguese.

I normally listen to business podcasts in English when I’m waiting in line or on the bus. This week I listened to a few episodes of the Tá Falado Podcast to augment my grammar studies. The material covered is really basic for me, but for a beginner Portuguese student who also speaks Spanish, Tá Falado is a goldmine of wisdom.

I might check out PortuguesePod but more likely I’ll find some interesting podcasts made by Brazilians and listen to those instead.

This week I spent about an hour every day intentionally trying to improve my Portuguese. That’s enough time to make consistent gradual improvements which is what we’re aiming for. I spent that hour mostly on improving pronunciation and I gave almost no attention to increasing my vocabulary and cultural knowledge.

Going forward I’ll prioritize nighttime reading and allocate time to memorize vocabulary. I’ve got a copy of 50 Shades of Grey in Portuguese that I have finished by the end of the month. The book has done quite well in Brazil, and for it to do so well it must have been written with language that people found easy to relate to. Before I move on to real books I need to be proficient in reading children’s books.

I’m also going to be looking around at all of the resources out there available to Portuguese learners. As it stands there isn’t any single resource I would recommend to an absolute beginning Portuguese learner. I think a combination of Semantica, Mimic Method and the Pab8 as well as other free resources is the best route as none of these language learning products teach you everything you need to know. Mimic Method is good for sound training, Semantica is great for learning how locals speak and learning about Brazilian culture, and PAB8 is good for showing you how to study Portuguese over a long period of time.

I’ll also be looking into different apps for memorizing vocabulary. If you have any suggestions for materials that I should check out, please do leave a comment.

That’s it for this week. I’ll be back again next week with updates on this mission.

How to Type Portuguese Characters on Your Keyboard